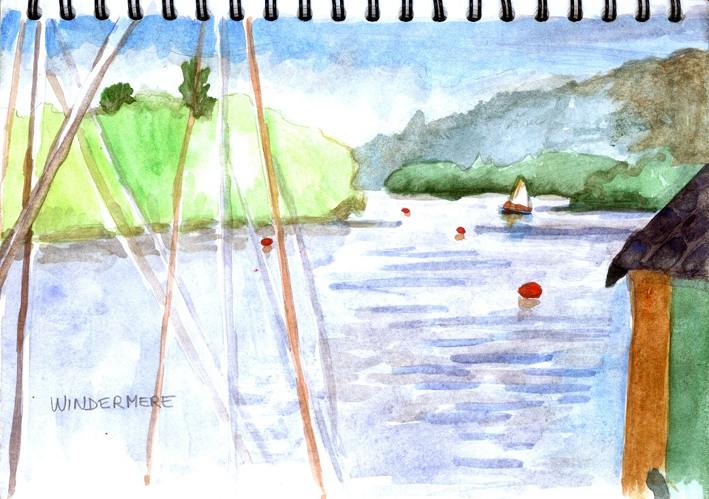 WINDERMERE in the rain. View from Ship Inn in Bowness Bay. 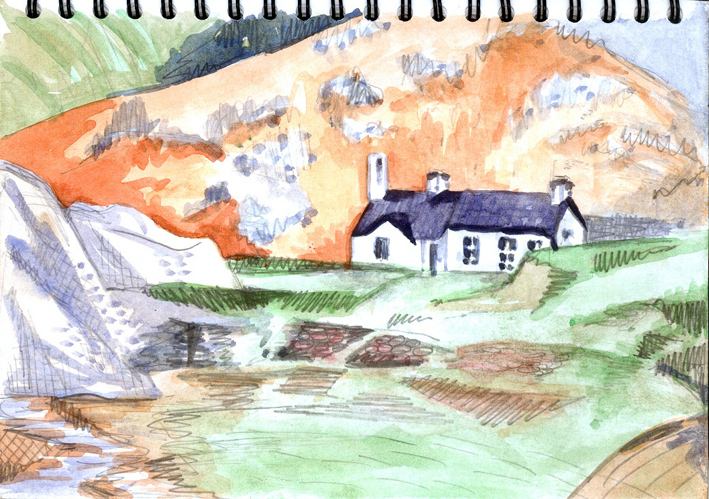 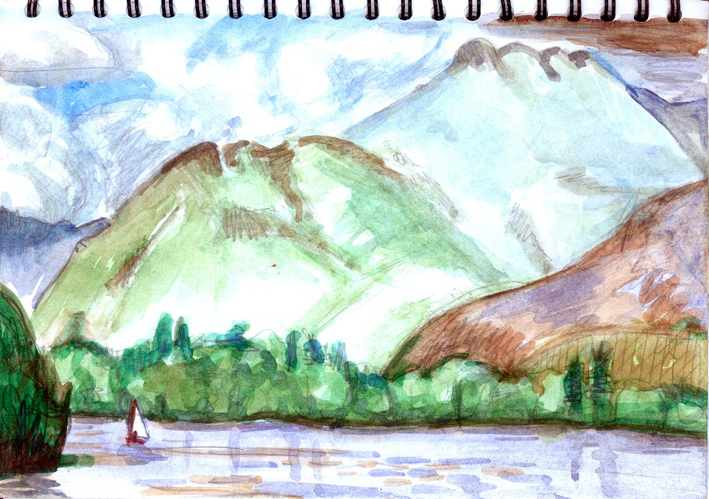 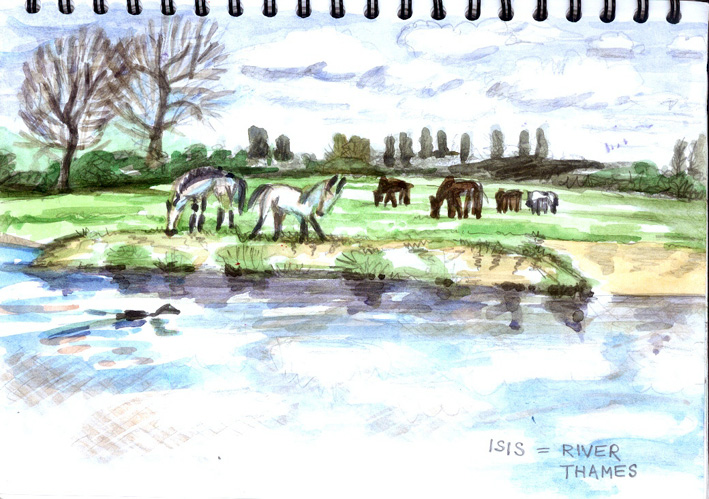 PORT MEADOW by the River Thames.

I wonder why Constable´s landscapes with cows are kitchy and Pre-Raphaelites´ paintings even more … the reality is picturesque, romantic and very man-made; that´s the reason.

If you want to know where cows are I can tell you there are just behind my back. And swans are somewhere on the left. 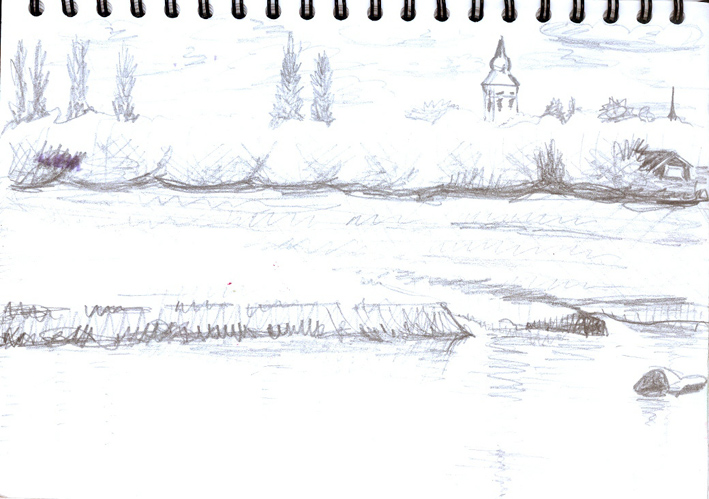 VIEW ON PORTMEADOW AND OXFORD from the River Thames. 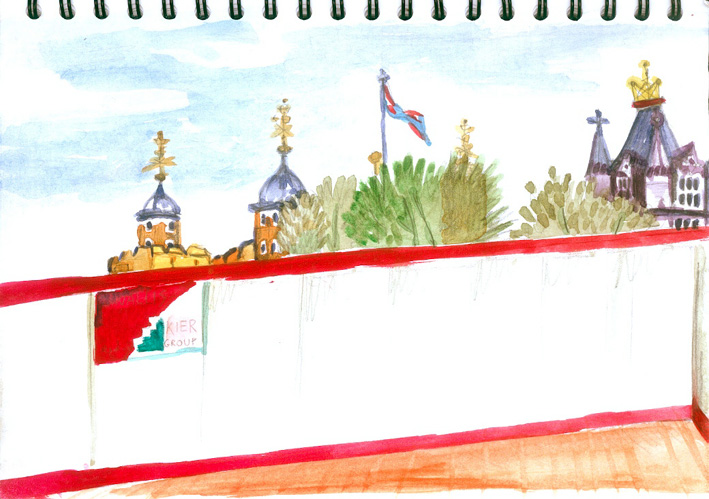 THE TOWER OF LONDON (TWO TOWERS) AND ONE TOWER OF TOWER BRIDGE. What I managed to see. 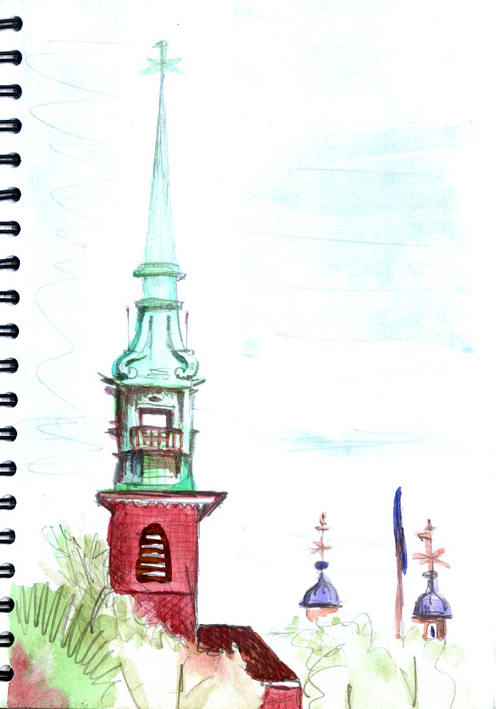 ALL HALLOWS BY-THE-TOWER CHURCH. The City.

From the tower of this church Samuel Pepys observed the big fire of London in 1666. The church was damaged during the World War 2 and thus rebuilt later. 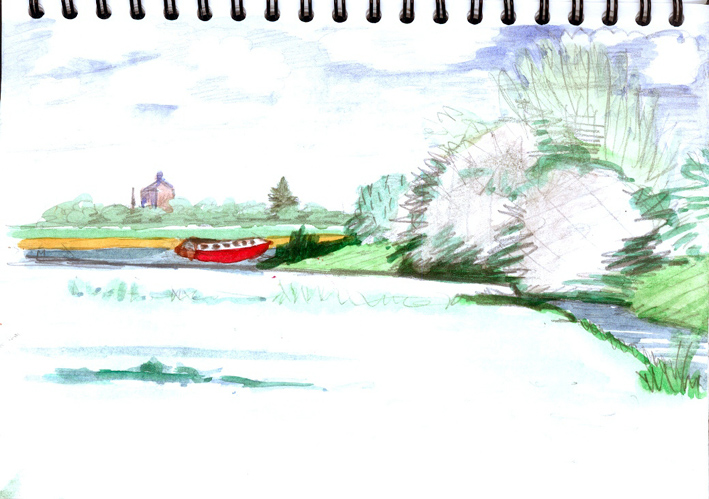 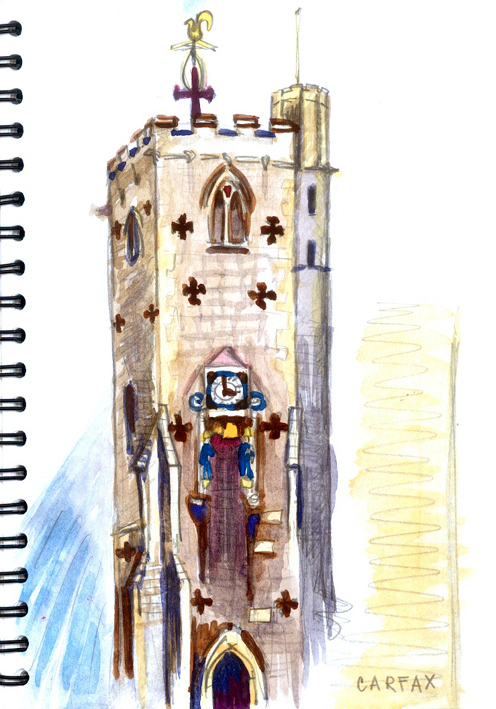 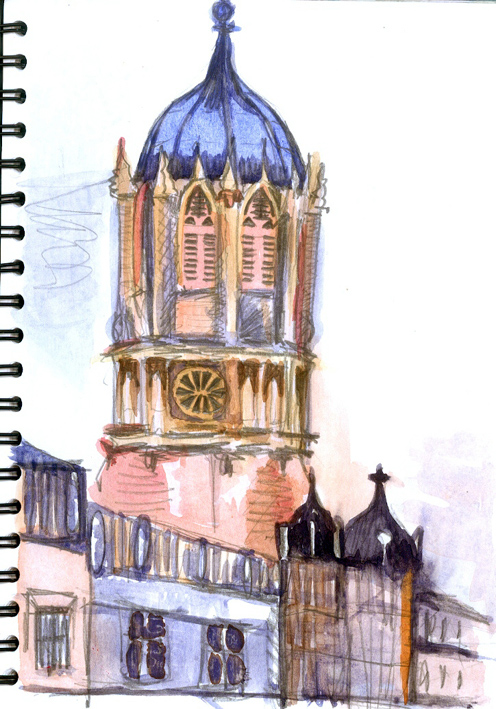 Tom Tower was designed by Wren. I re-designed it in my picture and made it bigger. In fact, I have never worshipped Christopher Wren. 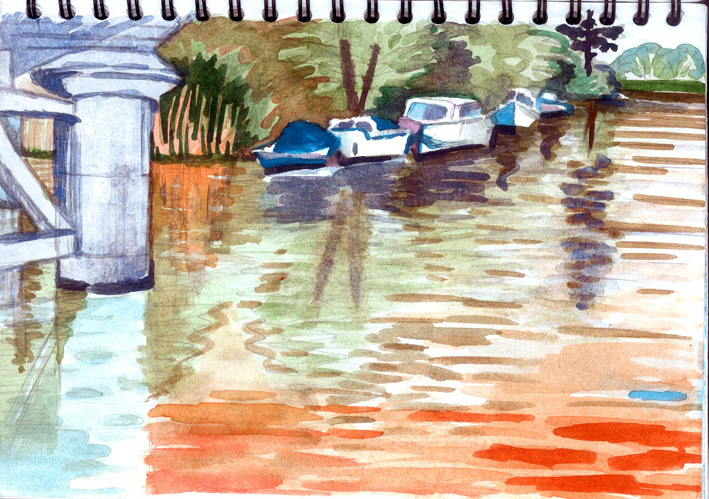 UNDER THE BRIDGE (after raining and hailing).

It was my shelter against raining and hailing. 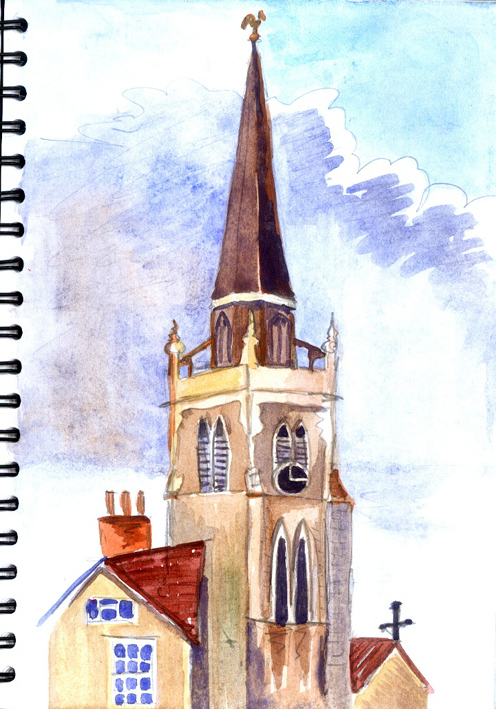 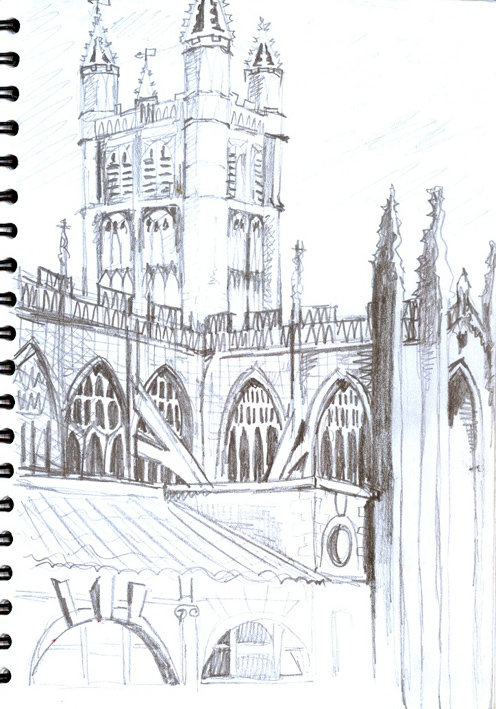 BATH ABBEY. From the terrace above the Roman Baths. 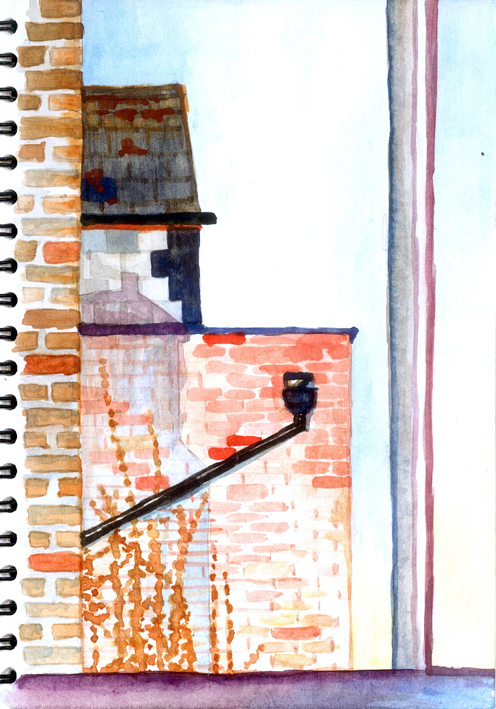 VIEW FROM THE KITCHEN-WINDOW. SUNSET. 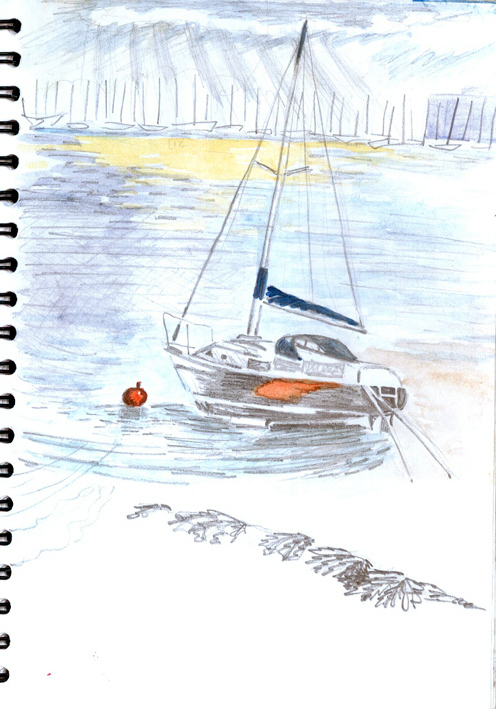 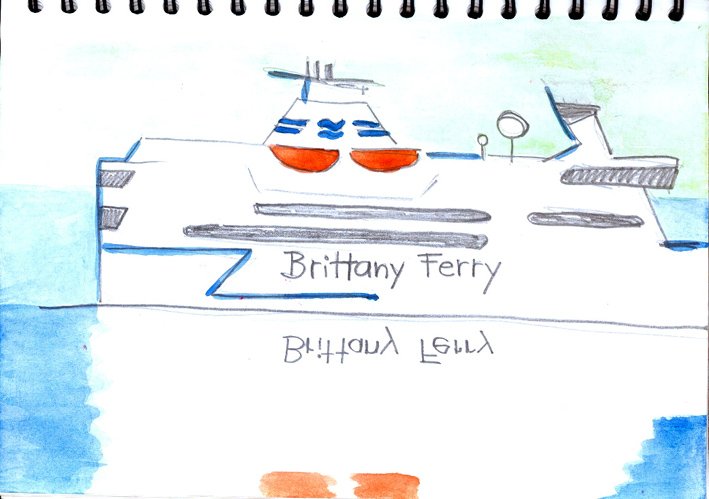 I had seen it for several seconds only and it went out from my picture. 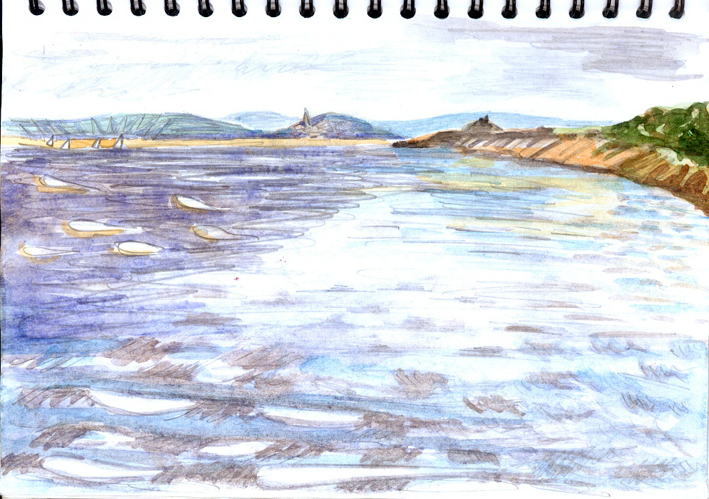 THE SEA. My first attempt.

Viewpoint between the Round Tower and the Square Tower. Isle of Wight on horizon. 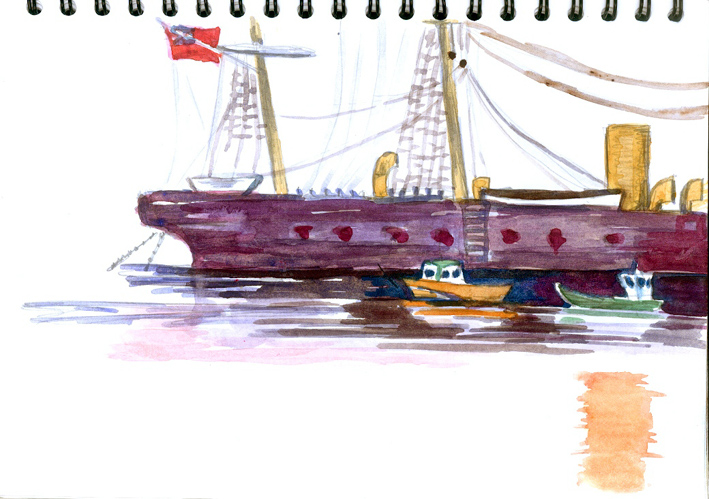 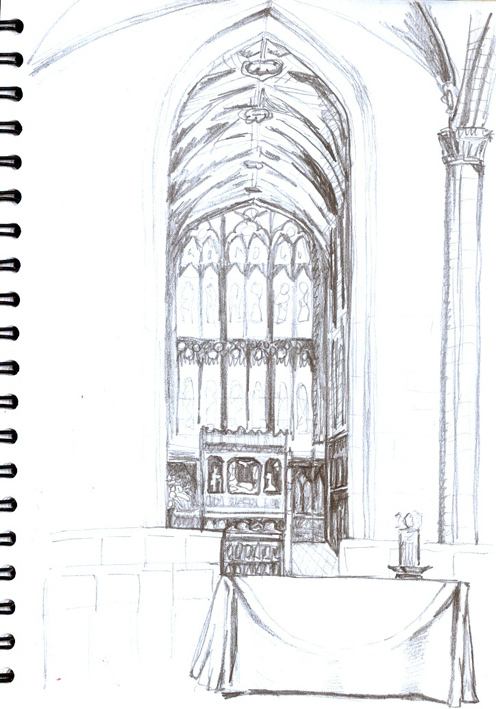 A very nice church with tombs, old window-glass and other treasures. 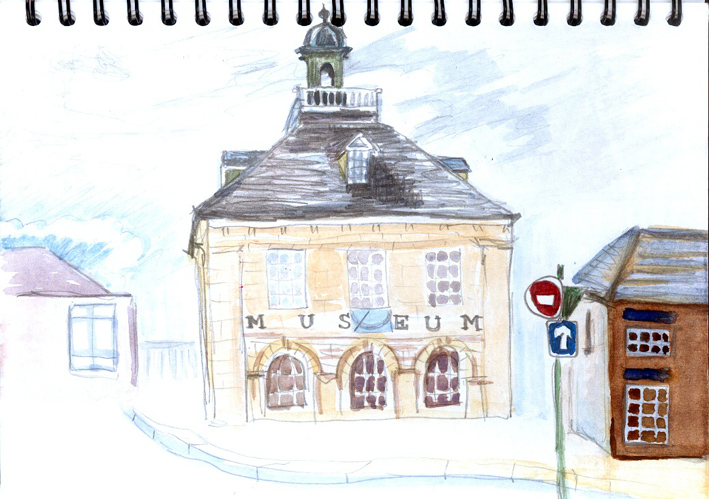 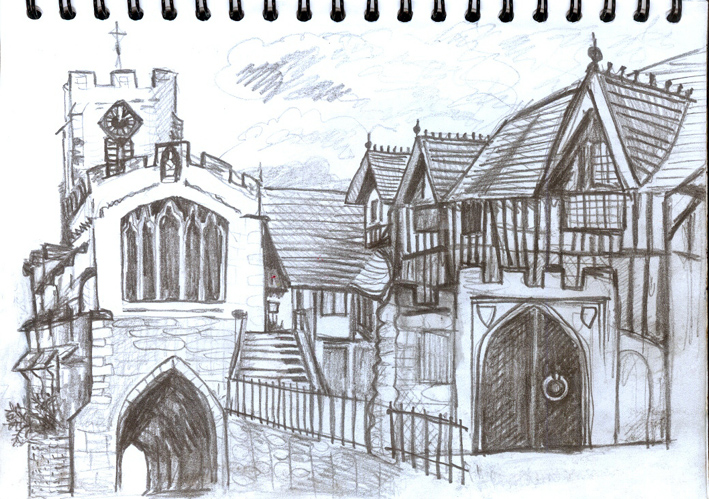 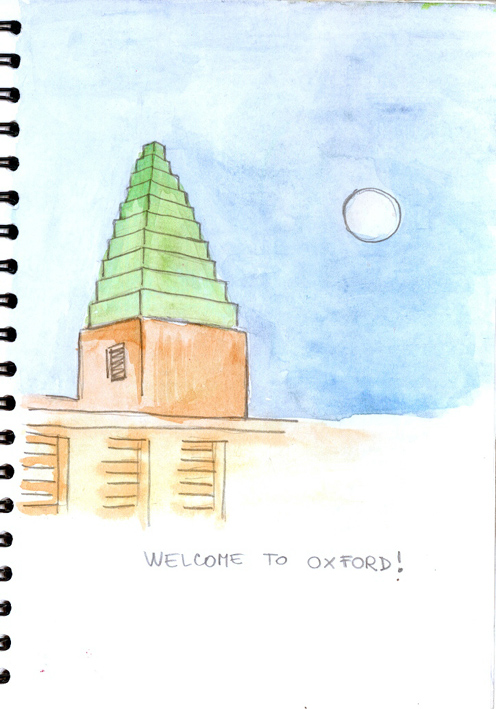 The first thing one can see arriving at railwaystation. 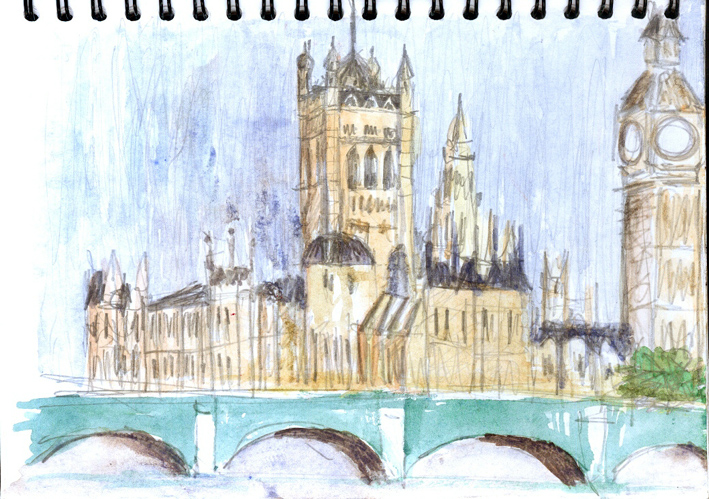 HOUSES OF PARLIAMENT IN THE RAIN as well as the paper and me. 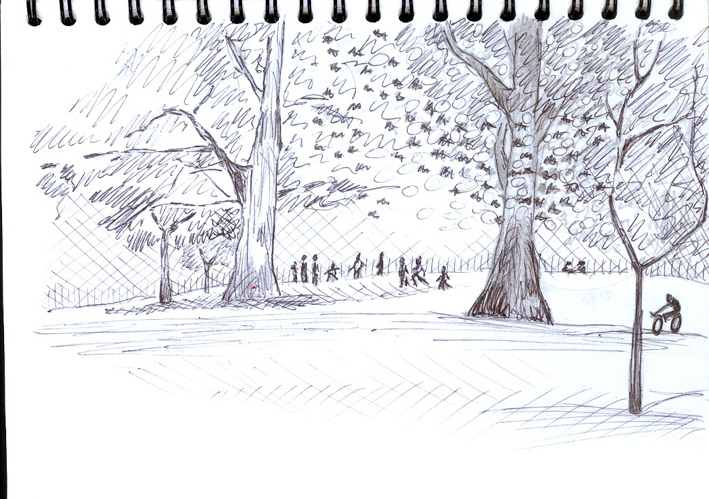 42 komentářů u „Watercolours from England“